How are girls in Switzerland?

Everything about Swiss girls … 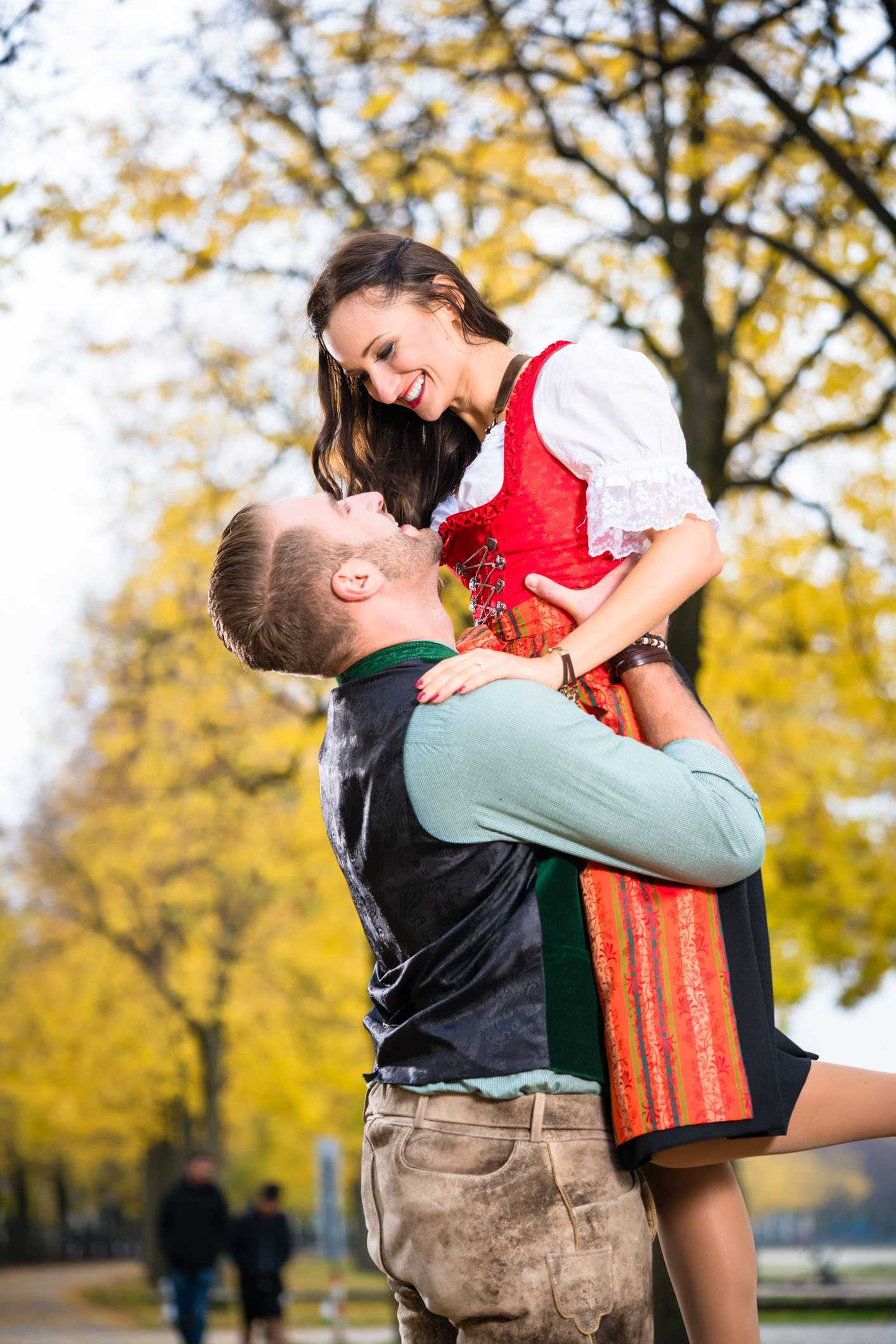 How Are Swiss Girls?

While most girls from the Italian speaking part are of Italian descent, they also have the Swiss mentality because they were born and raised there, and Ticino has been a part of Switzerland for a long time. Ironically people from Ticino don’t seem to like Italian people – so they can be considered as one of the most xenophobic parts of Switzerland (right before the Swiss Germans, especially from central Switzerland).

So wherever you go and whoever you talk to – you’ll encounter the same narrow minded mentality and ignorance.

So the first opinion about Swiss girls in the net can be found here. Are they really ignorant and narrow minded? I will continue my investigation and try to find out.

The same user continues in the forum: Swiss girls are considered to be the most difficult, most controversial and most ignorant girls on this planet. Myself, as a native, I can confirm that. Once they’re assimilated they become like that – and I am talking about girls of all social classes and all ages.

All Swiss Girls Are Wealthy

There are only a few who are extremely rich – but the majority of people have more than enough money, even those with less paid jobs – because the salaries are just so damn high in this country. This is the reason why Swiss girls are very spoiled since childhood. They get their own apartment and car when they turn 18, and additionally lots of pocket money from the parents. Swiss girls have expensive hobbies such as horseback riding,  extended shopping tours, and exclusive vacations 4 times in a year. The vast majority of Swiss girls grow up like princesses.

Be careful: Compliments from strangers are a harassment to them – compliments can only be given within the social circle.

Social Circles Are Everything

Social circles in Switzerland are unique in this world. If a man has no friends, he is going to have a hard time to date a Swiss girl. Social circles needed to be built up before someone turns 30 years. After that age it’s very difficult. Swiss girls prefer to date men within their social circles. One night stands with strangers are very unusual. Swiss girls are extremely cautious and distrust everybody who isn’t from their place. People with no social circle will be ignored.

Swiss Girls Are Very Hard To Get

Switzerland isn’t a place for small talk, casual flirts, compliments and easy going pick up/chat up women. Even men who had success in all other countries you could imagine – didn’t get near any Swiss girl.

Most Of Swiss Girls Are Not Happily Married

By nearly 50%, Switzerland has one of the highest divorce rates in Europe. But a lot of Swiss girls who think about divorce stay married, and prefer to live an unhappy life. Especially in central Switzerland divorces are not well accepted, and divorced people are stigmatized.

10 Reasons Why You Should Date A Swiss Girl

You want to know reasons why you should date a Swiss girl? Here are some …

Picking up Swiss girls. Is it really that difficult? A man with hidden camera tries his luck. The two Swiss girls in the first part of the video are actually quite funny and not stuck up or dismissive. The same goes for the 4 girls in the second part of the video. It’s not that difficult to get the phone number of a Swiss girl on the street. This is the conclusion out of this video. The experiences and wisdoms of men in certain forums and websites were probably too pessimistic. Or: this video was staged. 🙂

How To Impress A Swiss Girl?

As already mentioned above, this kind of challenge is not easy and actually quite a hard work. There is not much material in the net to answer this question. A Swiss user at Quora answered this question a bit ironically like this: “Swiss women love cheese. I would reccomend bringing her some. You can also try rubbing some of the ‘raclette’ type cheese under your armpits. Works for me every time.” Source: https://www.quora.com/How-can-I-be-attractive-to-a-Swiss-woman

According to certain surveys, Swiss girls like honest men most (82%). Also being reliable is important for the majority of them (74%) and being faithful (71%). So I guess it’s possible to answer this question like this: “You impress a Swiss girl if you are honest, faithful and reliable. ” If you like children or not is the least important feature (source: here).

A Swiss girl from Geneve says: “He need to have some style and a good smile.” Other Swiss girls from Geneve in the video define sexy with following attributes: romantic, muscular, nice body, cheekbones, his attitute, intelligent, charme, handsome, nice shapes, looking like Ryan Gosling, and being nice. In the next part of the video Swiss girls from Zurich were asked. They answered the question with following attributes: smile, great style, eloquent, clean, down to earth, confident, and funny. Swiss girls from Lausanne say: self confidence, charming behaviour, respect, giving presents, listening to what she says and what she wants.

Conclusion: Swiss girls are not happy at all about Swiss men. Now it is the question are Swiss men really that bad or Swiss girls too high-minded?

When Swiss girls are chatting with men at online dating websites, their favourite topic is to talk about personal preferences, confirmed the study. Swiss girls almost never talk about travel plans, when dating men.

Females from Switzerland got ther right to vote quite late. The Swiss population decided in a referendum in 1971, that Swiss girls should also have the right to participate in elections. But after almost 50 years it turned out that Swiss girls do not like politics anyway. More than 60 percent of the Swiss girls NEVER VOTE (source: here)!

The Relationship Status Of Swiss Girls

Happy families with children are the vast minority in Switzerland! The typical Swiss girl lives without partner, show official statistics of the Swiss government here. The most common households in Switzerland are single persons without children, followed by single households with at least one child, and couples without children. Couples with children are on the very last place in this ranking.

Which Foreign Men Are The Most Popular Among Swiss Girls?

In 2010 16,2% of all marriages in Switzerland were between a Swiss girl and a foreign man. The marriages between Swiss men and foreign girls are a bit higher: 19,7%. Swiss girls prefer men from Germany, Italy, Kosovo, France, Turkey, Tunesia and Morocco. Although Austria is a neighbour country of Switzerland, Swiss girls avoid to marry an Austrian man. Even marriages with men from Kosovo (which is not a country close to Switzerland, and has just 1,8 million inhabitants) are much more usual than with Austrians (source: here).

The Sex Life Of Swiss Girls

As already mentioned above, Swiss girls have 10 percent more orgasms than girls from the rest of the world.

The average Swiss girl receives her first sex education when she is 12,6 years old. This is almost one year later than for girls in Germany and Austria. The average age for the first sex is 17,3 years. Again much later than girls from Germany and Austria. Swiss girls have 11,1 sex partners in their life time. This is much more than Austrian and German girls have, but very interesting because although Swiss girls do not like to flirt at all, they have more different sex partners.

The average Swiss girl has 104 times sex in a year. The same amount as German girls, and one time less than Austrian girls.

All data about the sex life in Switzerland were published in the Global Sex Survey of the condom manufacturer Durex, and can be found here.

A Swiss television crew use a hidden camera in 2017 to show the extent to which a woman was sexually harassed on the streets of Geneva in the Western part of Switzerland.

Swiss Girls And Having Children

Switzerland has a very low birth rate. And Swiss girls prefer to get pregnant very late. There are almost no Swiss mothers in the age between 18 and 34, because they are too busy with working and their career. Many also feel too young for being a mother and prefer to have fun instead. The typical Swiss girl gets pregnant very late. Even pregnancies with 44 years are not unusual.

Swiss girls who get pregnant between the age of 15 and 24 are mostly damned for life, because they either don’t have enough savings, need to live with their parents and of course can’t continue their work and studies. Their partners often break up with them and they’re left alone and stigmatized for life. Those partners are always part of their social circles.

The majority of Swiss girls do not care if the future husband loves children or not. This feature is the least important for Swiss girls in a survey about how the preferred partner should be. Maybe because they expect a divorce sooner or later anyway.